Feel the Thrill of Halloween in a City in California

Hey! Its Halloween season! Are you ready for some trick or treat? Prepared to get scared? Are your costumes prepped up? Well, if not, it’s time to get going and ready those Halloween decors hiding on your storage! Halloween was thought to be originated with the ancient Celtic festival of Samhain. During the festival it was believed that people would light bonfires and wear costumes to ward off roaming ghosts. The World Book Encyclopedia states that  “The Celts believed that the dead could walk among the living at this time. During Samhain, the living could visit with the dead.” Pope Gregory III, during the eight century, declared November 1 as a holiday to honor all saints and martyrs. All Saints day has incorporated some traditions of Samhain. 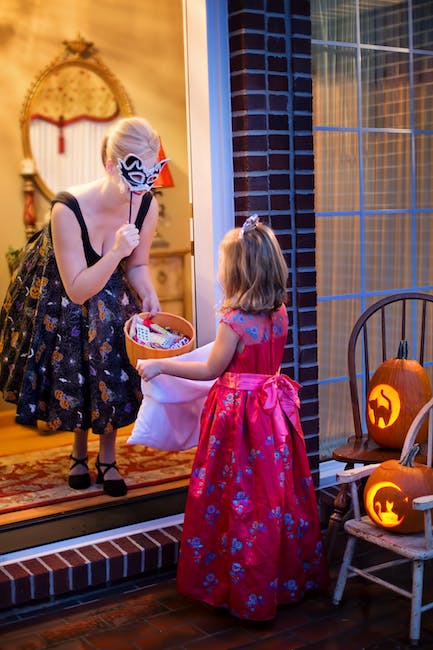 Where the tradition giving away candies and setting up pumpkin lanterns did came from? It is believed that offering sweets to the spirits will calm them down. The Halloween—From Pagan Ritual to Party Night stated that in medieval Britain, “supplicants moved from door to door asking for food in return for a prayer for the dead,” and they would carry “hollowed-out turnip lanterns, whose candle connoted a soul trapped in purgatory.” Turnips was changes to pumpkin in 1800’s because pumpkins they were plentiful as well as easy to hollow out and carve.

Halloween’s origin might be terrifying but now, it is enjoyed by everyone as it becomes a child-friendly activity. We now see kids on their princess, pumpkin, pirate or ghosts’ costumes walking down the street, knocking on the door and saying “Trick or treat!” with smiled on their face and hopes that they’ll receive a lot more candy every year! Well, California will never be last on the list whenever it comes to celebrating Halloween! There are a lot of cities in the state that makes Halloween season a really fun and exciting one. With that, Auburn City is holding its first ever Pumpkin Nights.

The first ever Pumpkin Nights is at Gold Country Fairgrounds! This event started last October 13 and will be up to October 29. You still have the chance to celebrate Halloween in the place, try and visit it and enjoy the Halloween vibe. There are eight immersive lands created with over 3,000 hand-carved pumpkins where visitors are invited to walk around and feel the chills. There are also interactive activities to participate in, and the guests may also enjoy seasonal food and beverages among a festive setting.

If you want to visit the place and you’re worrying that it’s close, well here’s something to decrease the hesitation, Pumpkin Nights is a rain, snow, or moonlight event. It will only be close when public safety is at stake. They are open Sundays to Thursdays at 6:30pm - 10:30pm and Fridays & Saturdays at 6:30pm – midnight.

Well, if you want to go but wanted to know more on what is in stored for you, the place has a lot to offer. Fond at looking at pumpkin lanterns during Halloween?  They have on-site pumpkin carvers that you can watch and you’ll surely be amazed with the skill that they have! If you got inspired or you also want to show off your artistic side, there’s also a carving station for guest and visitors. You can now make your happy, angry or grinning pumpkin. There are be offering a variety of food, beverages, movie screenings- Harry Potter and the Sorcerer's Stone and The Nightmare Before Christmas. If the young ones wanted some biking activity, they will be able to enjoy the Strider Adventure Zone. Or maybe they’ll love some thrill, they can try the Hay bale maze. If you really want to go, tickets are sold for specific dates and times. Children three and under are free, kids (4-12) and seniors (60+) are $16, and adults are $20. Family Packs, includes two adult and two kid tickets, are available for $64. You may enter anytime within your 30-minute time window. If you think you need a lot of time on the site, don’t worry, once you entered, your tour time is unlimited! On site tickets are only limited so everyone is encourage to buy it in advance. There are also tickets that are up to 30% off, check out their Wicked Awesome Specials.

What are you waiting for? Prepare yourself, your costumes and bring a lot of strength and courage. Be scared, thrilled and amazed.