Wildfires are unpredictable and may happen anywhere. It may destroy structure, can cause severe injuries and even death. It can start in secluded wilderness areas, in parks, or even in your back yard. Wildfires mat start from natural causes, such as lightning and high weather temperature but it may also be accidentally- cigarettes, campfire, etc. - and/or intentionally caused by human. Unfortunately, this life-threatening event is hitting California at this very moment- early days of October, 2017. In three straight days these wildfire has already killed 15 people, the highest recorded death caused by wildfires. Nine died in Sonoma County, three in Mendocino County, two were in Napa County and one was in Yuba County- these cities have been recorded to have the largest fire burning. There are already more than 100 recorded injuries that are being treated in Napa and Sonoma hospitals. And, more than 100 phone calls had been received by Sonoma’s missing person hotline. These three cities was already declared to be in a state of Emergency by Gov. Jerry Brown. “The Federal Emergency Management Agency has responded promptly to assist California in fighting these terrible fires,” Mr. Brown said in a statement. “I appreciate the fast response from the president.”

The two recorded death was the death of 98 years old, Sara Rippey and his husband, 100 years old Charles Rippey. According to their granddaughter Ruby Gibney during an interview, the couple was unable to escape the blaze. It was also said that their caregiver tried to save them. "She went down to get my father and all the windows just started to explode and (there was) smoke and heat and all that everywhere," their son Chuck Rippey told NBC Bay Area. "She just couldn't find them." For Gibney, it will be worst if one survived without the other. There are already damaged cell towers that are affecting the means of communication in Napa city. In a news conference Tuesday, Mark Ghilarducci, director of the California Governor’s Office of Emergency Services, admitted that many evacuees are struggling to access alerts or get in touch with each other. He also said that across Northern California, 77 cell sites were already destroyed or damaged, and that the state is generating mobile communications units to help.

This wildfire that said to have started last Sunday, October 18, 2017, has already covered collectively 115,000 acres in 17 Northern California fires in eight counties. It has already destroyed at least 1,500 structures. There are said to be a total of 20,000 people to evacuate the state’s famous wine county. 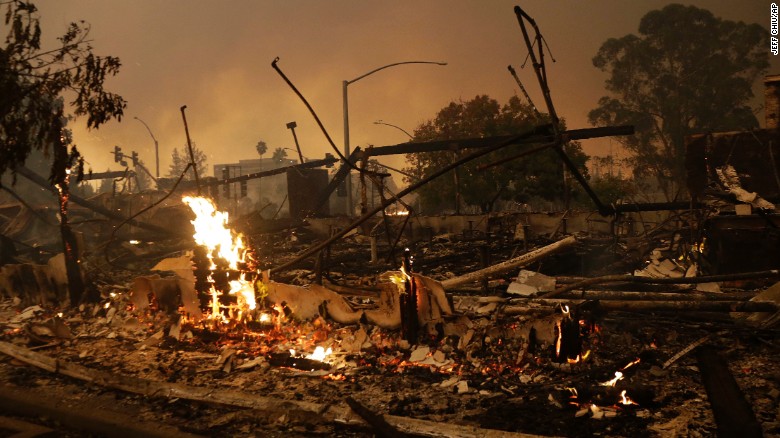 The California Department of Forestry and Fire Protection said early Tuesday that they will be expecting some progress already as the weather condition improves. The winds that pushed the fire to spread out rapidly and unpredictably is dying down significantly according to the department’s assistant deputy director, Daniel Berlant. But all 17 fires remained active, and several of the largest had not been contained on Tuesday morning.

According to Ken Pimlott, the director of the Department of Forestry and Fire Protection, it is too early to say what the real cause of fire was. He pointed out that 95 percent of fires in the state were caused by humans in some manner and said that even a small spark, in windy, dry weather conditions like those on Sunday, could grow quickly into a large fire. “These fires came down into neighborhoods before people realized they were occurring in many cases,” Mr. Pimlott said. “Some of these folks were literally just sleeping at home in bed and had no idea.” 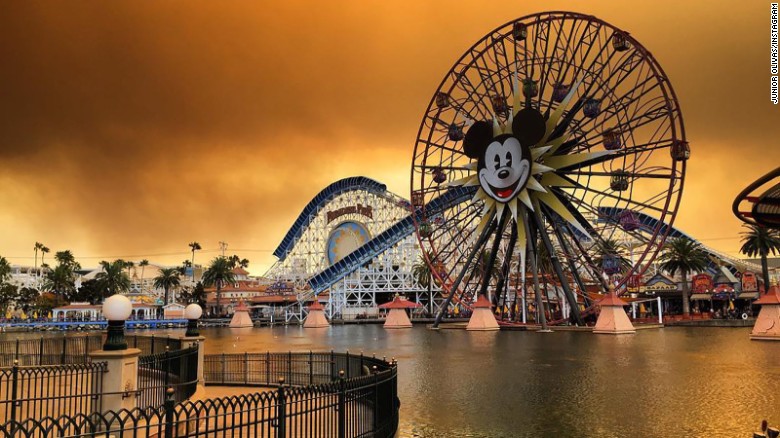 Aside from the three cities in Northern California, Anaheim- a Southern California County- Canyon 2 fire has already damaged 24 structure and injured one in the 7,500 acre that had been burned.  Hundreds of firefighters rushed to the area, as a freeway was closed and several neighborhoods were forced to evacuate. Crews had begun to contain that fire, which destroyed about a dozen homes in East Anaheim, by Tuesday. The picture from Disneyland showed how the smoke from the fire gave the sky an orange glow. 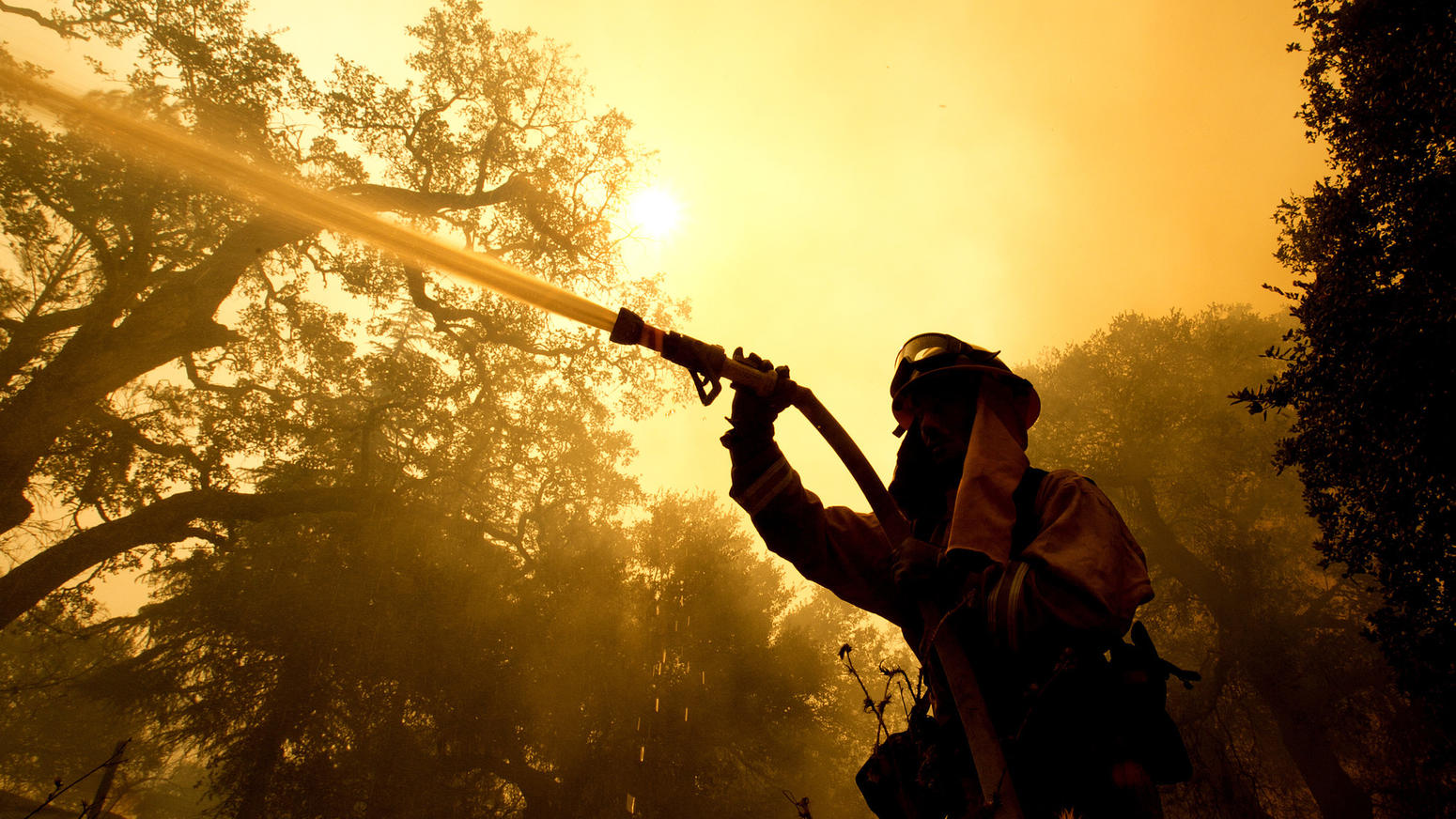 At this moment, the whole nation- even the whole world- is hoping that all will be well in the next few days, no structures will be destroyed, no other cities will be affected and no more family will lose their loved ones. With all of these challenges, California will rise up and bring back what the fire had destroyed, from buildings, houses, vineyards, and even family’s hopes and the smile on its people.