California is a very new part of the world. It barely has two hundred years of real history. However, this created the beauty of California. The history is so ripe that those who lived here during the gold rush treated it like the badlands, a small, sweltering hot box of murder, corruption, and fear. The murderous parts of the west, where many came to escape the real world. As time went on it became an enclave of hippies and true freedom of expression. Even in modern day, Los Angeles is the first port-of-call for the cartels trafficking narcotics into America, creating the dark undercurrent that all of us Californians secretly love. Sure, we may not be thrilled with anguish and agony that our Golden State has gone through, but it has definitely made for some chilling tales.

Forget whatever you're doing this Halloween. It's not going to be scary enough. Trust us! This is your comprehensive list of the scariest places in California. However, they're not just scary, they're sinister. Nasty. Awful. Evil. Whatever adjective you'd like to use, it'll fit so long as it freaks you out.

California is the most haunted state in America, so we compiled a handful of our favorite spots for this Halloween. Enjoy! This bizarre little historical building in Monterrey County is home of horror and human hatred. Once a mine, Los Coches Adobe was the site of a collapse that took the lives of 30 men, who were left trapped beneath the earth. Visitors have reported everything from strange people dressed in black, climbing trees and playing around, to bodies hanging from the branches. There are also a wealth of other haunted buildings in the area, such as the Old Mission School, and labor camps where the spirits of the dead women roam in the day and night. Built in 1888 and opened the same year, Rancho Los Amigos Hospital is rated as one of the weirdest, scariest, and most bizarre places in California. The hospital served as a working hospital, allowing the poor and homeless and drunk to work for their stay and care in the facility. The facility has a history of horror. Torrential floods once washed away submerged caskets from the hospital graveyard, which was then relocated (but no one knows where). It was the home for many during the Spanish Influenza outbreak of 1918. Iron lung filled the wards during the 1950s as the hospital brought in majority polio sufferers. Though the hospital still runs today, seventy acres of the south campus have fallen silent. The US Marine Corps sometimes use the south campus for training drills. During one such exercise, troops found a freezer full of mummified body parts. Though tales of hauntings run rife on the facility, this was once of the most beneficial hospitals in the state. If only things were the same today! Once one of the most popular places to stay in California, the Brookdale Lodge is situated deep in the Santa Cruz mountains. Though it went through many incarnations, it was during the '40s and '50s that Brookdale garnered it's historical significance as a scary spot in California. During this time, Brookdale was home to gangsters and other shady folks. The owners installed secret passages and hidden rooms, with rumors of bodies buried beneath the floor began to surface. The niece of the lodge owner, Sarah Logan, drowned in the dining room creek. A short while later, in 1972, a 13-year-old girlalso drowned in the pool above the mermaid room, forcing it's closure. Now reopened, many have reported sightings of ghosts and ghouls. In total, 49 spirits are said to walk the hallways of Brookdale Lodge. A plethora of very strange things have happened in this affluent neighborhood in Los Angeles. Howard Hughes crashed his plane into a row of houses here. Bugsy Siegel was murdered on the block. Bizarre car accidents have occurred out of nowhere, with no reasonable cause. People have been shot to death in random dive-by shootings. Even modern-day psychics and other clairvoyants who visit the site experience confusing visions of agony and suffering. This is a special place on this list. Why? Because it is the only place I can honestly write about in first person. My family is not adverse to the rumbles and mumbles of strange happenings. I visited Bodie in 2010, six years before I applied and gained my visa. The town was once a hub of gold mining. Discovered in 1849, Sutter's Mill in the western Sierra foothill brought in men and women from across the United States. This caused the boom. Boarding houses, restaurants, saloons, clothes shops, all sorts of establishments were built in Bodie. However, the boom also brought in a disproportionate amount of “bad men”. They were the desperate, the gamblers, the gun-fighters, stage robbers. Bodie was better known for it's lawlessness than it's riches. At one point, Bodie was home to over 10,000 people. Then, after fires and Prohibition and the Great Depression ruined everything that Bodie once had, everyone left. It became a state park in 1962, a mere 113 years after it was built. What is most haunting about Bodie is not it's history, the death and savages that once lived in this Godless place. It is the silence. On a roasting hot day in mid-July, tourists and guides wander the streets in silence. No one says a word in the stark, vast landscape. It is the silence of Bodie that makes it one of the scariest places in the world. A popular among young ghost hunters in the United States, the Holbrooke Hotel was established in 1862. Since then, it has been a regular for the likes of Ulysses S. Grant, Mark Twain, and a huge number of other authors and entertainers and people of note. There is also a rumor that the infamous Highwayman Charles Boles, was also a guest at one point. Over the last 150 years, the hotel has seen death in all forms. Hauntings of small children, a maid who folds your clothes, apparitions of women, tables full of men, rattling and banging have all be heard in the hotel. In 1927, a man named John Henry Martin committed suicide in one of the rooms by slicing his own throat with a shaving knife. It's no wonder that the Holbrooke Hotel is known as one of the most haunted places in America. Opened in 1909, the Linda Vista Hospital was originally built by the Santa Fe Railroad for it's employees. Situated in Boyle Heights, Los Angeles. The building was torn down and rebuilt in 1924 into the modern building we see today. It was rated one of the best hospitals in the state for a long time. Unfortunately, as so many Angelenos know all too well, nothing lasts forever in this ever-changing county. Boyle Heights began to fall apart, and so did Linda Vista. The hospital fell into disrepair, with the quality of the institution collapsing to the point that those working at the establishment, and the owners, didn't think it worth cleaning out. Patient files were left where they lay. Beds remained wherever their last occupant left them. This was noticed by location scouts as the film industry caught wind of the abandonment. To date, over 60 films, TV shows and music videos have been made at the building.

Fresno, far from California's most appealing city, is also the home of the Tyler Street House. From the exterior, this property looks like any other. Peaceful. Pleasant. A real family home. However, the interior is far from the same. The Tyler Street House has been the scene of poltergeist activity since the 1980s. Homeowners have reported red eyes peering out of the darkness, objects flying off the walls and from tables and shelves. All of the various families that have owned the house since the 1980s, which is over twenty, have all found a cat bludgeoned to death in the upstairs closet. 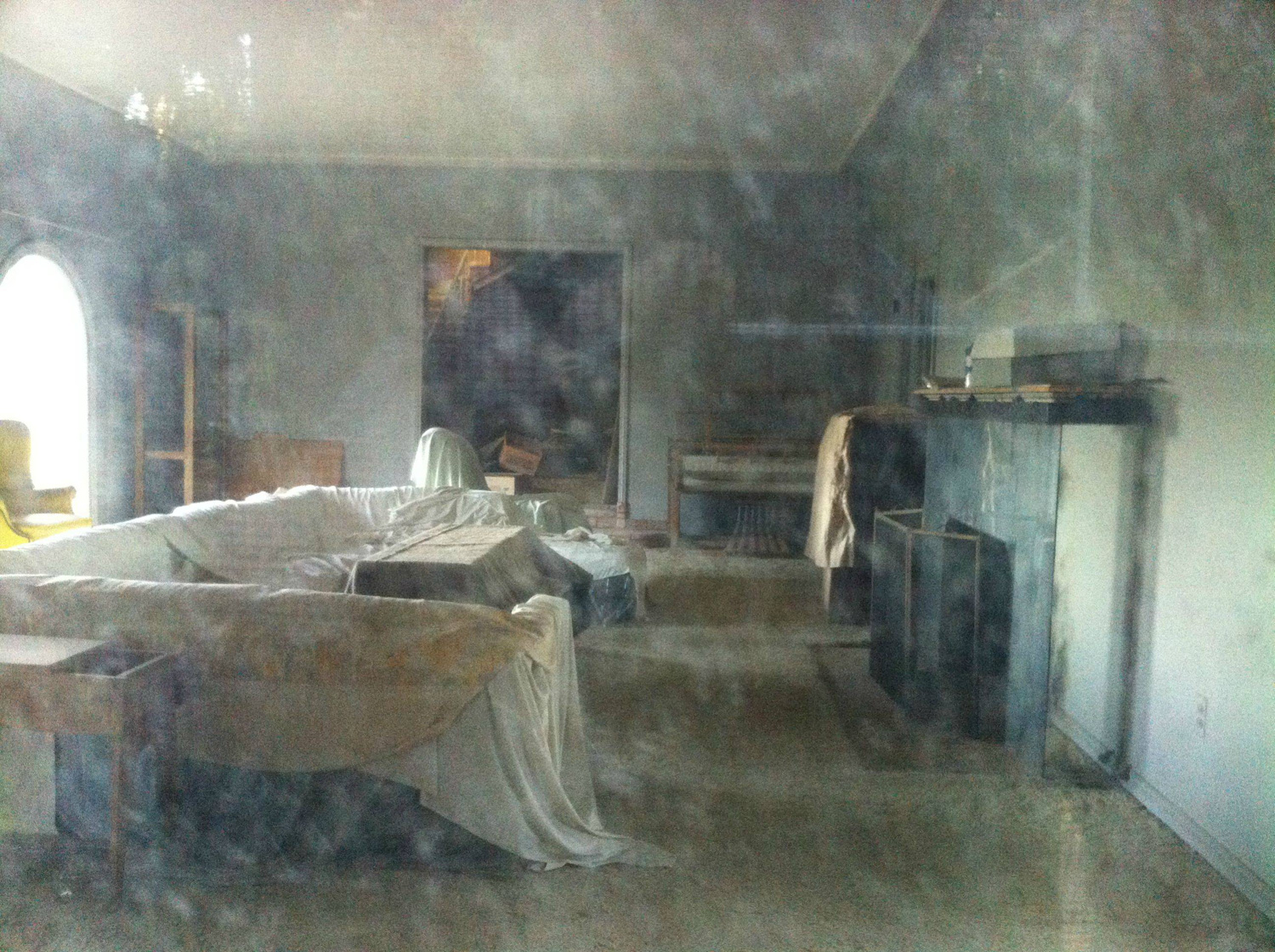 2475 Glendower Place resides in one of the coolest new places to live in Los Angeles, named Los Feliz. However, on December 6th, 1959, one of the most gruesome murders in American history took place at the address. Dr. Harold Perelson, a renowned cardiologist in California, killed his wife Lillian by beating her with a ball-peen hammer. She died from choking on her own blood. He then went to do the same to his eldest daughter, Judye. Judye survived the first strike, and began to scream for help. She then managed to escape the house and run to a neighbor's property. Dr. Perelson then went into his two youngest children's bedrooms and told them to go back to sleep. He then proceeded to take two doses of Nembutal and two other tranquillizers, which killed him before an ambulance could arrive. Rumor has it that a family rented the house for a year or so after the murders, but no one has lived in the property full-time since the 1960s.

Guests and locals of California know that most of their lives are spent on the road. It's like a right of passage for every Californian. In my youth, my parents and I would roadtrip around for weeks on end. The highways of the Golden State are almost part of the charm (except the 405 during rush hour... F that!). Proctor Valley Road sits between Chula Vista and Jamul, toward San Diego. Though I have never visited Jamul, my first American love was from there. I now feel so blessed that I never had to drive up this way at night! Stories of ghosts, spirits, and even giant demon-like creatures haunt this patch of land. Many drivers and visitors have been said to pull over for hitchhikers, to find them disappeared as soon as they stop. Very weird.