10 of the Weirdest Burritos You’ll Find in California! 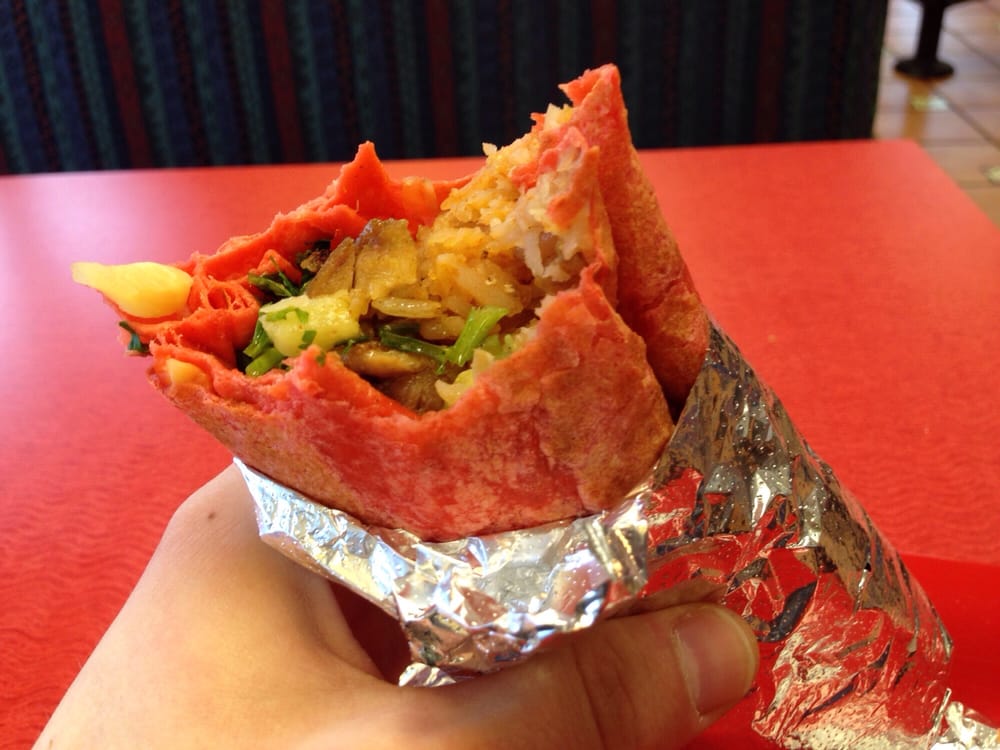 Blending Thai food with a classic Mexican dish, Una Mas has created the most delicious ethnic food fusion in their Pineapple Thai burrito. The burrito boasts your choice of slow-cooked and marinated chicken or steak, Spanish or cilantro rice, and cilantro and sweet chili sauce, all wrapped up in a warm tomato tortilla. 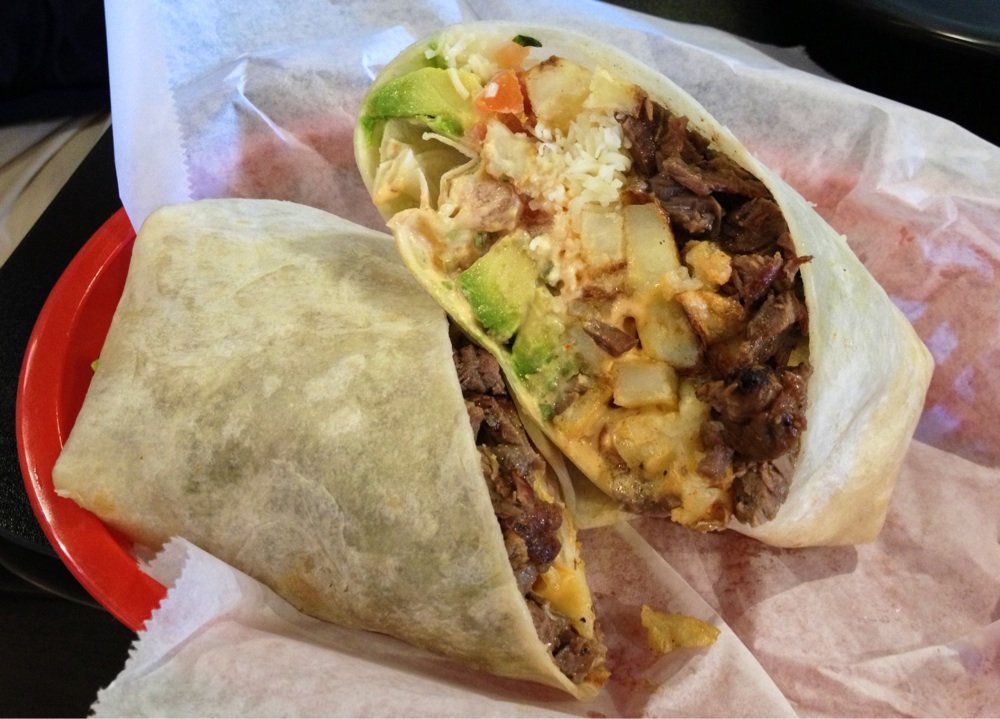 Mini Kabob is an American grill, offering dishes with a dash of Egyptian inspiration. Their kabob burrito caters to the American familiarity of the burrito while offering a splash of ethnic flavor to keep your taste buds excited. Chicken, tabbouleh, and hummus with a kick are snuggly wrapped in lavash bread to achieve this delicious middle-eastern flavored masterpiece. At select Panda Express locations, the Asian fast-food chain is offering their guests a chance to indulge in the orange chicken burrito. Assembled in a scallion pancake that acts as the “tortilla”, classic orange chicken, teriyaki rice, and Asian-style stir fry vegetables make the dish burst with oriental flavor. 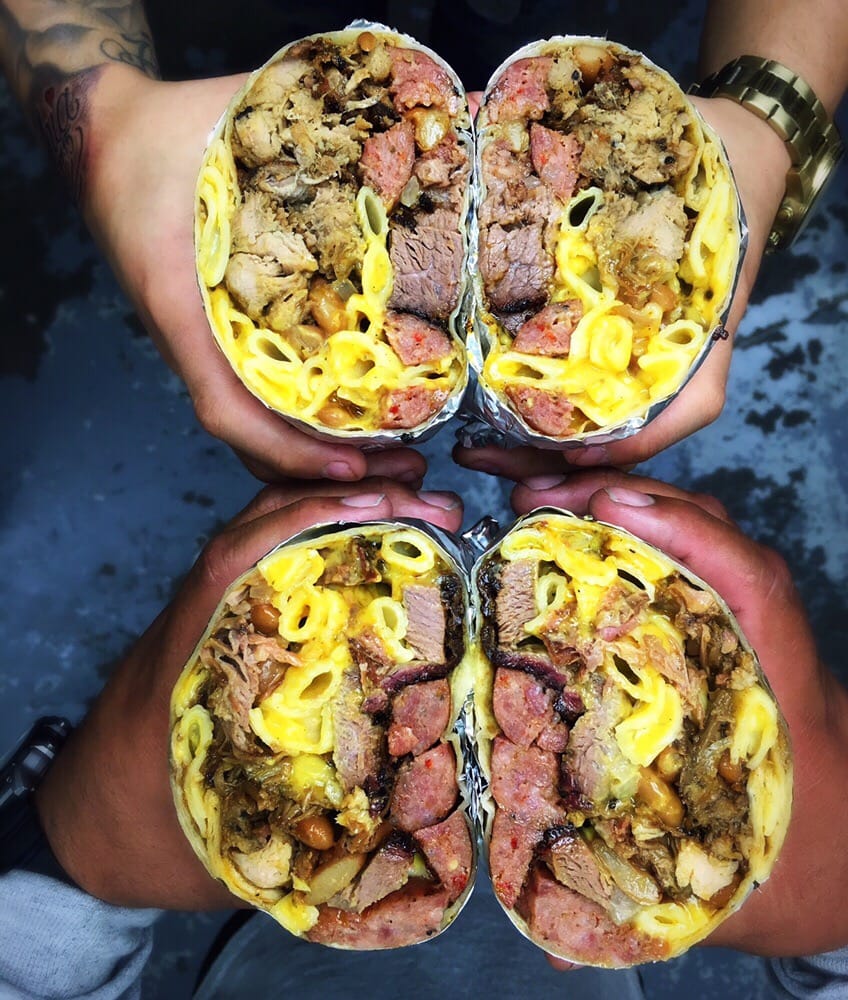 Ray’s BBQ has one of the most obnoxious comfort food burritos in the golden state. Behold the brisket burrito. Mac n ‘ cheese, BBQ beans, smoky and tender brisket, and a spicy jalapeno cheddar sausage are stuffed inside of a large tortilla – and in an instant, you no longer feel like you’re in California anymore. Teriyaki. Cheesesteak. Burrito. Is there anything else you could possibly need in life? Thanks to Ninjas with Appetite in Santa Ana, we can die happy knowing that we’ve had the opportunity to experience this decadent blend of teriyaki beef, gooey cheese, and rice. Drool! 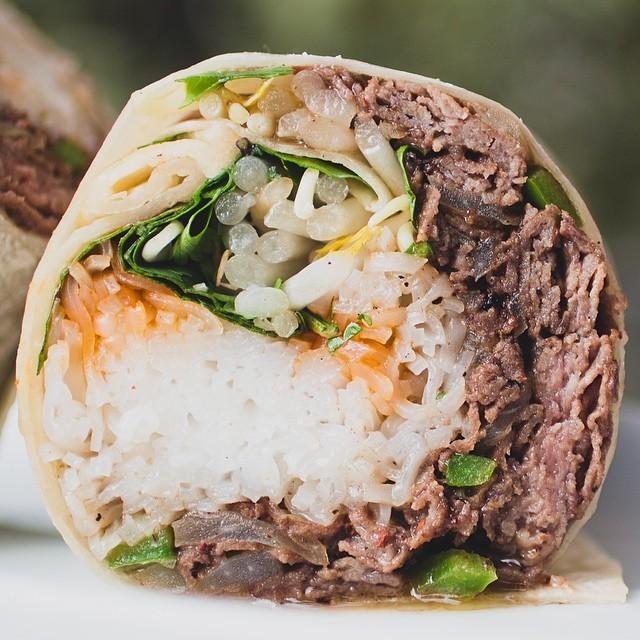 Mmmmm. Who doesn’t love a good bowl of traditional Vietnamese Pho? What could be better? At Komodo, you have the option of ordering your Pho on-the-go with their Phoritto. Pho+Burrito=Phoritto. Delicious.

The poke burrito, similar to the sushi burrito, is a Hawaiian inspired culinary creation. While Poke was typically served as thin slices of raw fish tossed in spices, the burrito has fused traditional poke flavor with the American need for all things burritos. Thanks to The Low Key Poke Joint, we get to enjoy this delicious new spin on a two-in-one version of ethnic classics!